← more from
Run For Cover Records 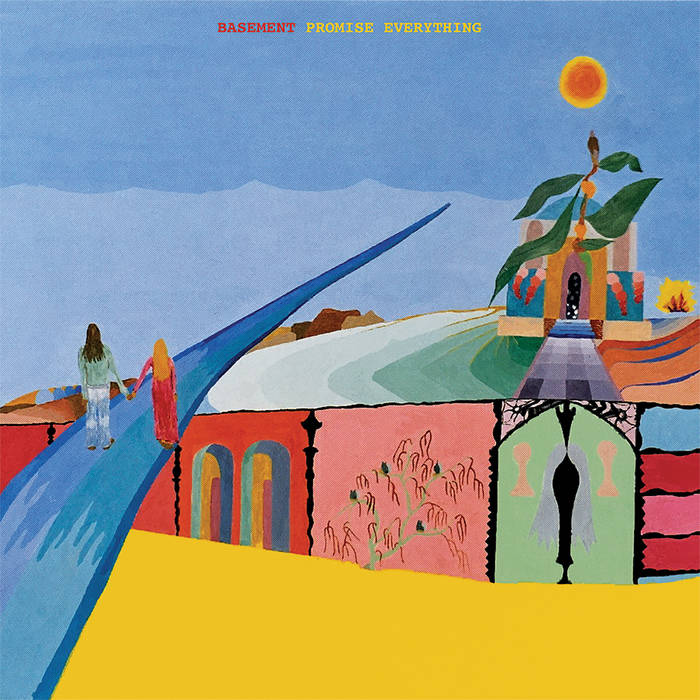 gcpalmieri13 Heck of an album. Heck of a band. Favorite track: Aquasun.

Jack Thorne saw these guys live before i got into them
great band Favorite track: Aquasun.
more...

Since abruptly announcing an indefinite hiatus only weeks after the release of 2012’s breakthrough LP Colourmeinkindness,Basement’s intensely devoted following has only grown. Promise Everything is the band’s full-length return to writing and recording since the break. Challenged by the spacing out of members not only across the country - but across the globe - Promise Everything was written by piecing together songs without the luxury of a space or even a time zone to share. Perhaps this is why upon listening, Promise Everything feels like a conversation between different people, revealing different moods and feelings throughout. This conversation shifts and evolves, filtering subtle, tasteful alternative rock touchstones through the band’s unmatched melodic lens. More clearly aggressive songs like “Brother’s Keeper” and title track “Promise Everything” situate Basement at the forefront of the rock world, pairing that aggression with an inherent sense of melody. On the standout track “Aquasun,” lyrical flow and melody overtake the listener while overt meaning gives way to musicality and its nuance. Despite years spent apart, it would seem Basement’s musical conversation has been one that has lingered even when after it was interrupted too soon by their premature & luckily temporary break, - and as their first true cohesive document, Promise Everything is only the beginning of what Basement has to say.

Bandcamp Daily  your guide to the world of Bandcamp

Featured sounds by K.Spark and WIZDUMB, plus Basi joins the show to discuss his latest release.